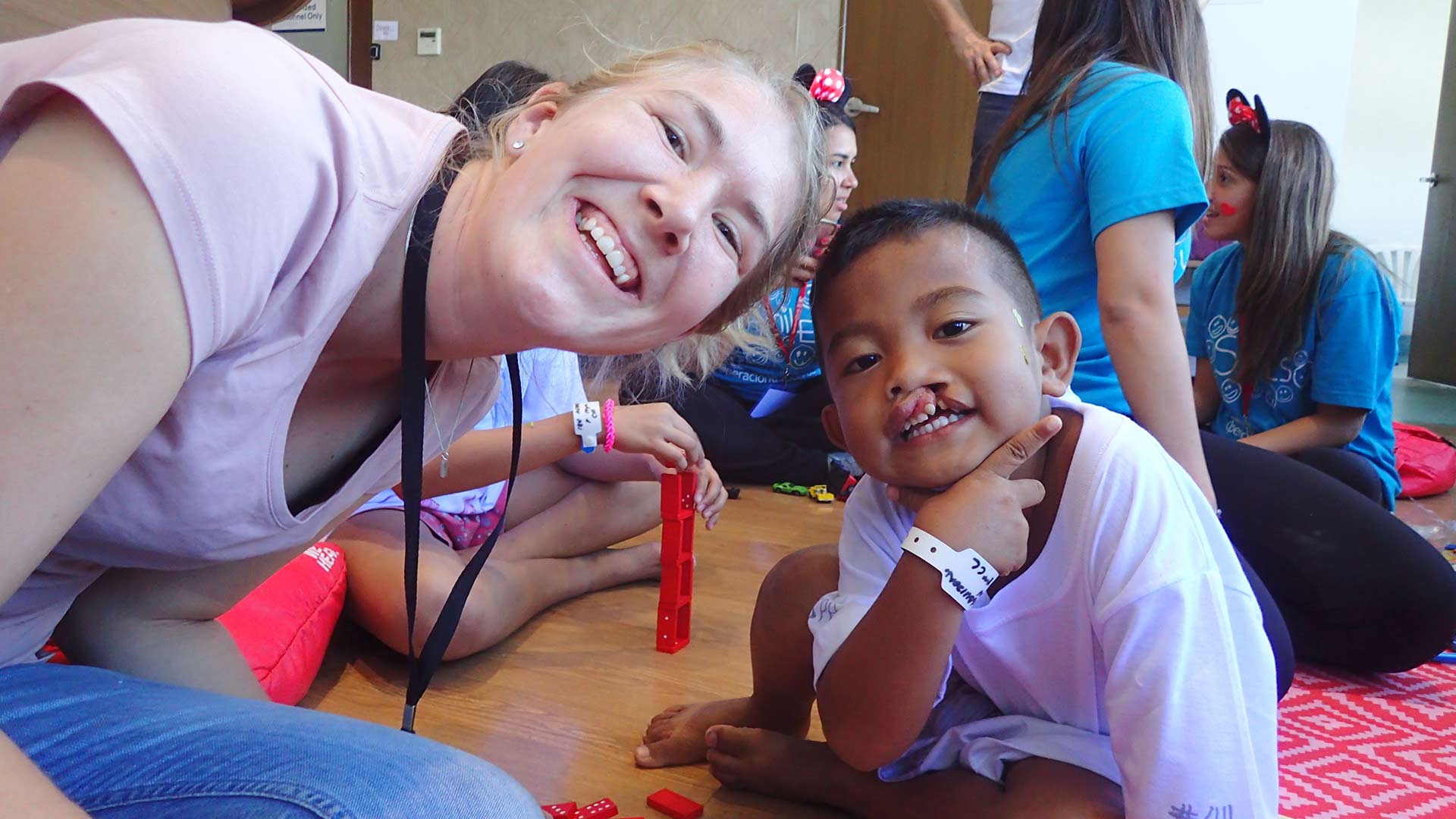 Carolin Jakobsen from Sweden, Marjorie Pilo from France, Katrin Saße from Germany and Chayanee Wangpradit from Thailand, together with Staffan Ternström, EVP Commercial and Shri Parikh, Vice President Surgical USA, arrived in the southern city of Iloilo with suitcases full of toys, ready to help children whose lives have been affected by cleft conditions.

They provided vital practical and emotional support, as well as administrative back up for the surgeons and nurses during an intensive week of screening and surgery.

The four employees were the latest in a long line of Mölnlycke volunteers. So far, more than 50 employees have taken part in Operation Smile surgical missions, from Paraguay to Vietnam. As a company, we have donated more than USD 4.4 million in Biogel gloves and other surgical supplies. This year, we launched an internal corporate giving campaign called “Making Smiles, Changing Lives” which aims to raise funds for this organisation.

The volunteers all went through interviews and pre-training and were well-prepared for the mission. But nothing could have prepared them for the emotional highs and lows of helping parents and children who had travelled long distances with high hopes of having their cleft lip and cleft palate repaired and their smiles transformed.

“I knew what it meant to them,” said Chayanee, “I had cleft lip and cleft palate surgery as a child. It’s a chance to live a normal life and not worry about how people look at you. Being part of the mission let me share my personal experience with the parents and show them that there are bright futures ahead for their children.”

Making connections with the children

Many patients began queuing at 4 am on the first screening day and waited patiently until late at night to find out if there were selected for surgery. One of these children was 7-year-old Neil, who formed a special bond with Katrin.

“He was so shy, I wanted to help him,” she said. “After the screening day, he was told that he was not going to be able to receive surgery during this medical mission due to the high volume of patients. I felt very bad for him. But an hour before leaving for the airport I found out that a place came up and Neil was given a spot on the surgical schedule. This news filled me with emotions making the end of the mission perfect.”

Seeing the transformation after surgery

Carolin helped keep the children entertained, teaching a 10-year-old how to play with a yo-yo. “He’d never played with one before and couldn’t get it to work,” she said. “The next day before his surgery, he ran towards me shouting ‘Look, I can do it’. It was amazing to see him afterwards when his life had been transformed by surgery. That’s what made the mission special for me.”

The volunteers played with the children and helped to guide them and their parents through the screening, during which they saw a range of different specialists, from paediatrics, to speech therapists and dentists, to make sure they were healthy enough to safely receive surgery.

The volunteers also took on the important role of completing, checking and filing medical records – an essential activity to support the surgeons and nurses. They followed patients right through surgery and beyond.

“I had the opportunity to be with the mother of a 4-year-old boy named RJ as he woke up from surgery,” said Marjorie. “As soon as he woke up, his mother started crying and I was glad I could be there to reassure and comfort her. It’s one of the moments I will always remember from the trip. I would love to do it all again if I had the chance."

Cookies help us deliver our services and provide personalized experiences. By using this website, you agree to our use of cookies. You can opt out by clicking on the following link.